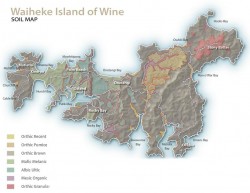 Soil is substantially the product of weathered rock. Most of Waiheke is underlain by weathered, indurated argillite of the Waipapa Group.

During the weathering process, the original rock fabric has been largely converted to clay minerals.

The uppermost levels of the weathered rock (‘rotten rock’) are generally composed of a stiff to hard soil, often criss-crossed with mineralised veins and stained with iron and manganese oxides.

This soil may be relatively thin in places with hard ground close to the surface, or of considerable thickness, with rock being found only at tens of metres of depth.

Overlying the weathered argillite in many places is a mantle of Pleistocene sediment composed of Aeolian (wind blown) dust; silt-sized particles that had their origins in the ancient continental shelf to the west of the North Island.

A metre-thick layer of this sediment was apparently deposited over Waiheke and now forms a mantle cloaking the underlying bedrock. This sedimentary topsoil shows a propensity to shrink and crack and then swell again with the change of seasons from summer to winter, due to the high proportion of Camontmorillonite clay it contains. 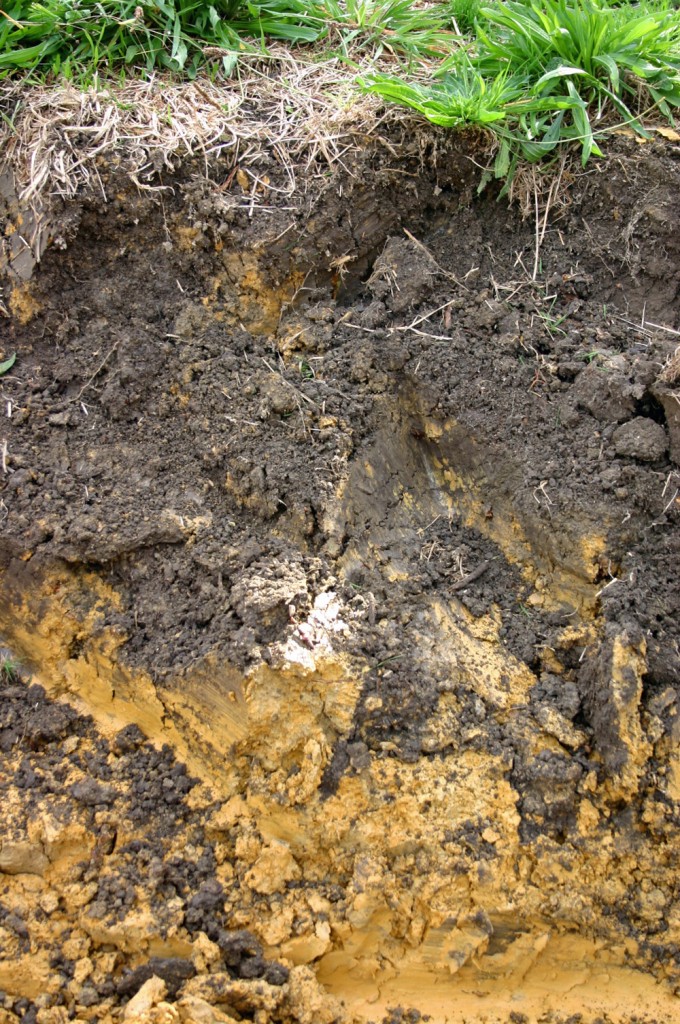 The uppermost levels of the weathered rock (‘rotten rock’) are generally composed of a stiff to hard soil, often criss-crossed with mineralised veins and stained with iron and
manganese oxides.

Site variation is enormous, but generally, Waiheke vineyards are highly mineralised but naturally low in pH and phosphate with a high porosity but low permeability.

Exceptions occur in gully floors where richer alluvial soils congregate and in the volcanic ash soils at the eastern end of the island around Stony Batter.

Clay soils are thought to aid ‘mouth feel and structure’ in Merlot, Chardonnay and Syrah, and low-fertility mineralised soils are generally conducive to flavour in wine.

However, the health of the vines on Waiheke requires management of drainage, soil organic matter and pH on an on-going basis..